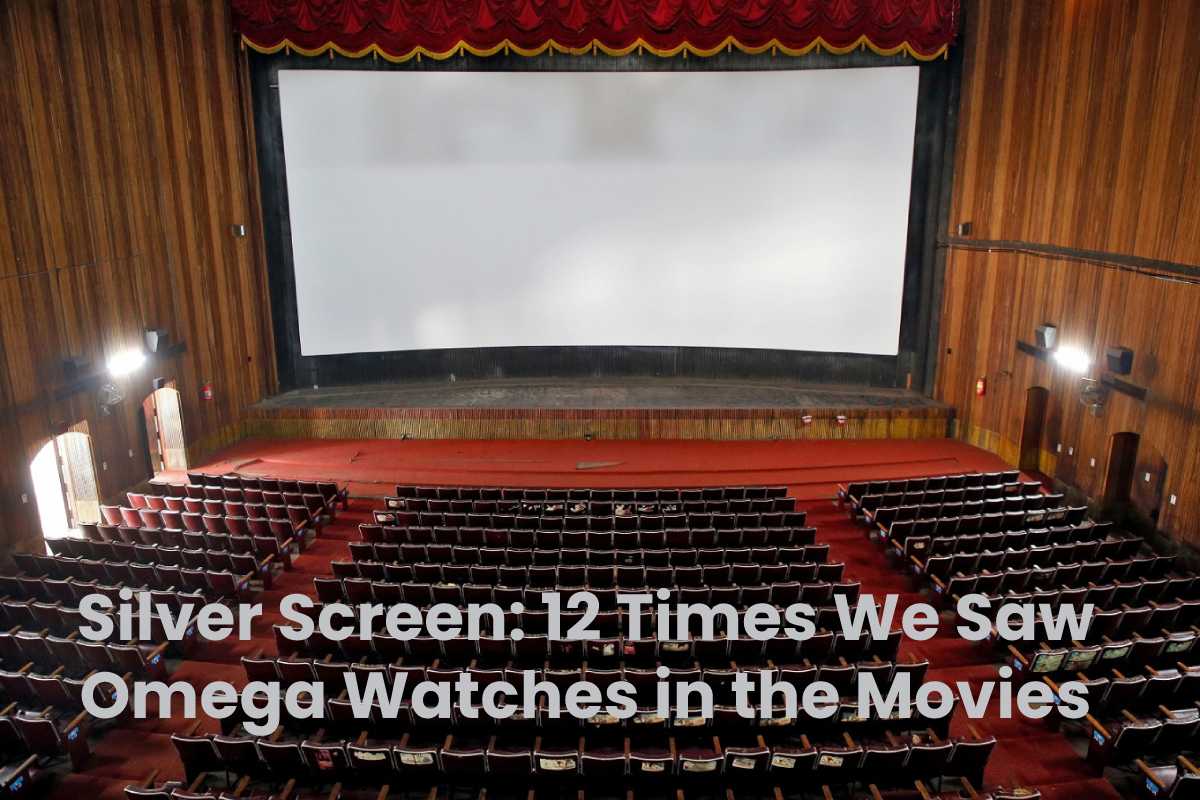 Even the cultural archetype, 007 James Bond, selects this luxury house as one of the watch brands he relies on the most. Much like its famed wearers, Omega is just as sexy, sleek, enigmatic, and dependable. These qualities and brand reputations are the reasons why Omega is one of the top luxury brands in the world.

People view Omega wearers in high regard, which makes these watches important details even in films. Omega is quite a superstar if you would ask us. If you want to know more, here are just some of the moments when Omega was seen on screen! Apart from the information of the above article, you can also see captain marvel endgame

People know how our handsome agent has good taste for luxury watches. Sometimes, James Bond’s watches even play big roles in his films! Here are some of the Bond films where he relied on an Omega watch:

James Bond wore an Omega Seamaster Professional 300M (Reference 2541.80) during the film, GoldenEye when actor Pierce Brosnan played the character. The reliable watch in the film is powered by a Quartz movement

So it seems that Pierce Brosnan, who again played 007 in the film, The World is Not Enough (199), was fond of Omega watches. This time, his Omega watch played a key role as James Bond uses his Reference 2561.80 to use as a light source. He also used it as a rescue cable that also has a grappling hook.

During the fourth time that Pierce Brosnan played James Bond, the iconic agent again used an Omega Seamaster. His trusty watch even saved him from danger because an explosive charge located in the watch’s helium valve detonated with the bezel. James Bond used the laser in the Omega watch’s crown as he battled with Gustav Graves.

In the film, Quantum of Solace (2008), James Bond relied on his Omega Seamaster Planet Ocean 600M (Reference 2201.50) for resisting the pressure underwater.

James Bond wore a watch especially built for the movie, Skyfall (2012). The auction at Christie’s hammered this watch for a staggering price of 200,000 euros. The Omega watch is a Seamaster Planet Ocean 600M with a titanium case, unlike the usual stainless steel.

Viewers were at the edge of their seats with the movie, Apollo 13 (1995) starring Tom Hanks, and rightly so. Aside from the great action in the film, the star of the show is also Omega watches, as chosen by astronauts from NASA for their lunar mission. Characters in the film, Jim Lovell, Bill Paxton, and Jack Swigert, all wore Omega Speedmaster Professional watches.

In the historical film Dunkirk (2017), the British Royal Air Force pilot character played by Tom Hardy wore a real vintage Omega CK2129. In history, Omega supplied watches to about 110,000 and more pilots, soldiers, and navigators during the second world war.

The character had a good use for its Omega CK2129 because of its one-of-a-kind rotating bezel that enables you to time specific intervals, which became helpful for soldiers to time bombing raids.

Another film about space expeditions featured an Omega watch: First Man (2018). This time, the story is about Neil Armstrong, the first man on the moon. Playing Neil Armstrong is the handsome Ryan Gosling who wears an Omega Speedmaster Professional. This movie is extra special because Omega even created this piece just for the movie.

Here are just some of the moments when we see Omega watches on screen. kabir singh full movie online watch You can turn the reel to real by investing in an Omega watch like the characters above.

Famous phrases to start 2021 on the right foot