Growing Cities That Are Good Investments for Your Company’s Advertising 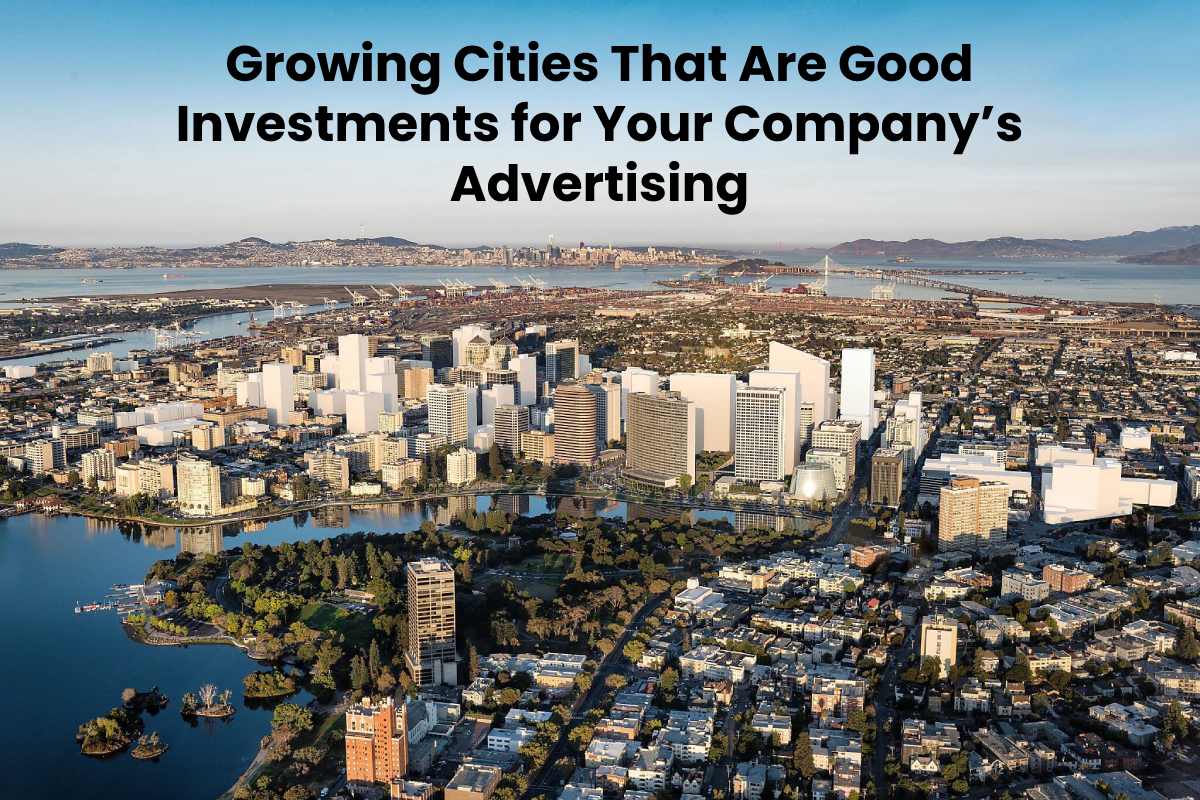 There are many factors to consider when choosing where to invest your company’s advertising budget. But if you’re looking for cities that offer a great return on investment, you can’t go wrong with these six growing metropolises.

As the capital of Georgia and the largest city in the Southeast, Atlanta is a prime target for businesses looking to reach a wide range of consumers. The city is home to more than 5 million people and is expected to continue growing in the years to come.

It’s no wonder, then, that Atlanta has been ranked as one of the top cities for advertising ROI by several different studies. It’s clear that businesses that invest in advertising in Atlanta are likely to see a healthy return on their investment.

Even filmmakers are taking notice of Atlanta’s potential, with the city becoming a popular destination for movie and TV productions in recent years. So if your company is looking to reach a wide audience and get a good return on its advertising investment, Atlanta is definitely worth considering.

Kansas City is another city that offers a great return on investment for businesses that invest in advertising. The city has a population of nearly 1.7 million people and is growing at a rapid rate. In addition, the cost of living is relatively low, making it an affordable place to do business.

Advertising here is a good way to reach a large and growing population. For instance, you can take advantage of the many Kansas City billboards that are available.

Billboards are an excellent way to reach a large number of people with your message. Not only that, but you’ll also be able to connect with a varied audience, which can help bring in new customers to your business.

As the capital of Texas, Austin is yet another rapidly growing city with a lot to offer businesses. The population has increased by nearly a quarter of a million people in the last decade, and it’s projected to continue growing at a similar rate in the coming years.

There are a number of reasons why Austin is such a great place to invest in advertising. For one, it’s home to a number of major corporations, including Dell, Tesla, and Bethesda. It also has a highly educated workforce and is known for being a hub for tech startups.

What’s more, Austin is a diverse city, with a population that is 34.5% Hispanic and 7.6% African American. And it’s a city with a high disposable income, with the average household earning $75,752 annually.

All of these factors make Austin an attractive option for businesses that are looking to invest in advertising.

Orlando is one of the fastest-growing cities in the United States, and it’s easy to see why. The city is home to a number of world-renowned theme parks, including Walt Disney World, Universal Studios Orlando, and SeaWorld Orlando.

But that’s not all Orlando has to offer. The city is also home to a thriving arts and culture scene, as well as a growing number of restaurants and breweries.

Investing in Orlando’s advertising market will allow you to reach a large and diverse audience. And with the city’s 2 million+ population expected to continue to grow in the coming years, now is the perfect time to get in on the action.

This Research Triangle city is one of the fastest-growing in the country, with a population that has increased by nearly 100,000 people since 2010. Raleigh is known for its educated workforce and thriving economy, making it an ideal place to reach consumers with your products or services.

Given the city’s diverse population, you can take advantage of numerous marketing methods to reach your target consumers in Raleigh. Traditional methods like billboards or print ads can be effective, or you can experiment with newer methods like digital marketing or experiential marketing.

Nashville is a rapidly growing city with a lot to offer businesses of all types. The music industry is booming in Nashville, and the city is also home to a growing number of technology and healthcare companies.

With its strong economy and growing population, Nashville is an ideal place to invest in advertising. And with a wide variety of media outlets to choose from, you’re sure to find the right fit for your company’s needs.

Nashville isn’t quite as diverse as some of the other cities on this list, but it does have a growing Hispanic population. Your business can benefit from this growing demographic by advertising in Spanish-language media outlets.

When it comes to cities that are good investments for advertising, there are a number of factors to consider. But ultimately, the decision comes down to what will work best for your company and your budget.

From billboards in Kansas City to pedicabs in Atlanta, each city has its own unique advertising opportunities. And while some cities may be more expensive than others, the potential return on investment is often worth the extra cost.

What Kind Of Injuries Can Birth Lawyers Help With?

5 Reasons You Should Buy a Tissot Wristwatch