What Should You Do If You’re Involved in a Truck Accident? 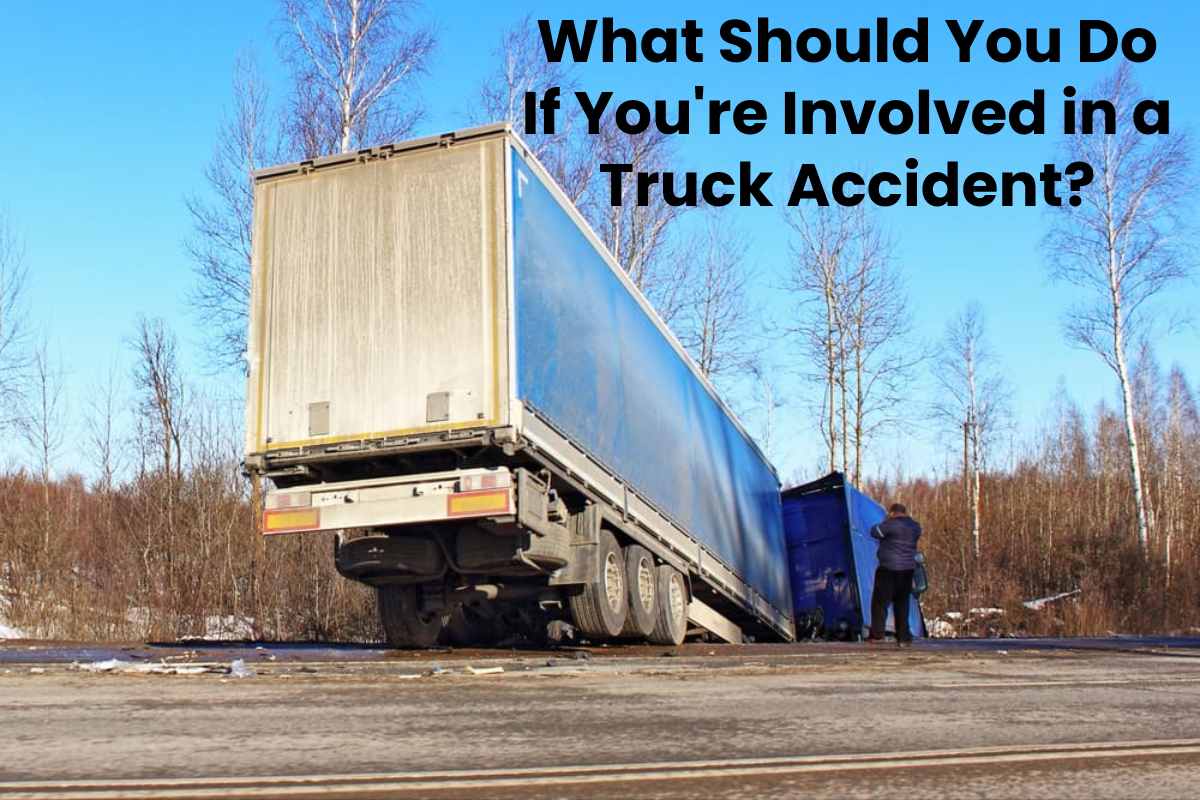 Involved in a Truck Accident

Getting into any kind of automotive accident is invariably stressful. If the accident involved a full-sized commercial truck, though, the results are often devastating. Given that 18-wheelers can weigh almost 100,000 pounds when fully loaded, it should come as no surprise that the force of a collision with these huge vehicles even at relatively low speeds can cause serious injuries to the occupants of much smaller passenger vehicles.

Accident victims deserve to get not just the medical care required to make a full recovery but also the compensation needed to pay for it. Protecting the legal rights of all the accident victims should be everyone’s top priority, so parties who remain involved in truck accidents but did not sustain life-threatening injuries should take steps to help their fellow passengers. Read on to find out what to do to help protect an accident victim’s health, rights, and legal options after a truck crash.

The first thing anyone who has been in an accident with an 18 wheeler should do is call 911. Even if the accident doesn’t seem to have caused serious damage or injuries, it’s still wise to call the authorities. The police can record all the details and file an official report, which could become useful should delayed symptoms of serious injuries come up in the days following the crash. Lawyers can use police reports as evidence in negotiations with insurance companies or at trial.

If one or more of the other passenger vehicle occupants have sustained what could be serious injuries, anyone who knows basic first aid should step in to provide care until emergency personnel arrives. When EMTs arrive on the scene, all of the accident victims should consent to an evaluation. Even if there’s no need to go to the emergency room, seek medical care as soon as possible to rule out internal damage and document any injuries that occurred.

If there’s anyone at the accident scene who has not sustained grave injuries. He or she should spend the time waiting for emergency personnel on gathering evidence. Collect contact information for other drivers and witnesses. Take pictures of the accident scene, and make sure to get photos of any bruises or other visible bodily injuries incurred by other occupants of the car. Now is also a good time to take notes about what happened.

Trucking companies usually get involved almost immediately. When their drivers remain involved in accidents. The trucking operation reaches out to its insurance company, which then extends a settlement offer to the accident victims. Don’t sign that offer until after speaking with a lawyer. Insurance companies are notorious for extending low settlement offers immediately after crashes to avoid being held accountable for further damages that come up later, and waiting to speak with a lawyer first can substantially increase the settlement amount.

Anyone involved in a truck accident who has sustained injuries should reach out to a lawyer after seeking medical care. If another passenger in the car remains severely hurt or suffered a wrongful death. Family members should consider investigating legal options on that person’s behalf. The best thing to do is to call a local truck accident lawyer. Schedule an appointment for an initial consultation. Bring any evidence collected at the scene. And ask for a professional opinion about how to move forward.

What Steps are Necessary to Find an Accident Lawyer?

How To Avoid Getting Sick at Your Next Holiday Gathering