The Price Of Olive Oil 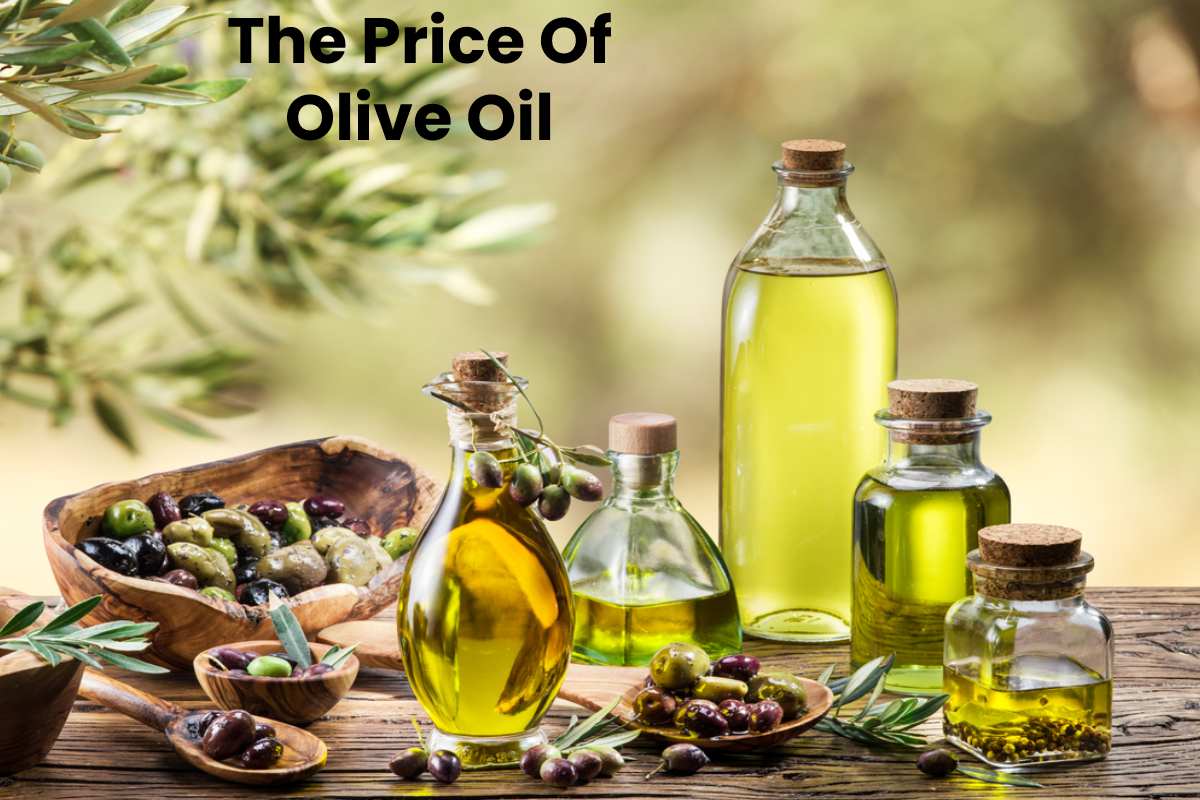 why does it go up or Down?

The price of olive oil is always news and a common reason for jokes among farmers, especially in producing areas like ours. But why does the cost of olive oil go up or down? Why can the same oil brand even double its selling price in a few months? What is the fair price of our liquid gold? We will tell you with hair and signs transparently and openly.

The Trend in Olive Oil Prices

Olive oil prices follow a clear upward trend, which can be seen in the following graph, comparing the bulk prices of the last ten years when buying EVOO at origin in the three major producing countries: Spain, Italy, and Greece. 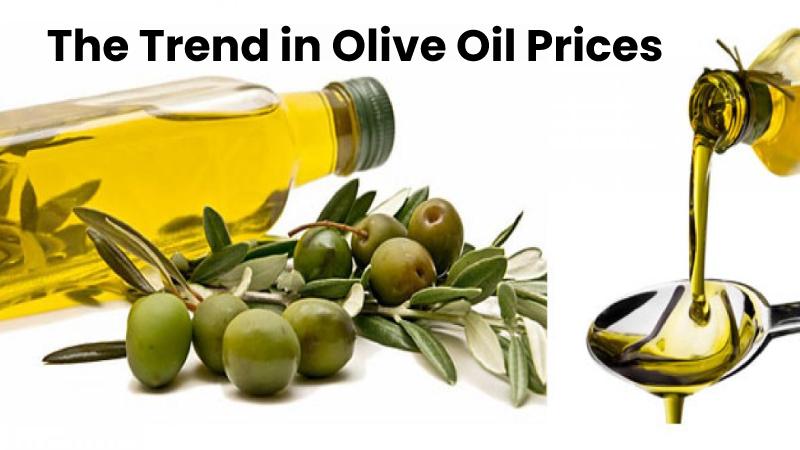 For example, the Italian EVOO was paid in 2021 above €4/kg, while the Greek and Spanish barely touched €3.30/kg, although it is true that they are equaling.

And is the olive oil market growing year after year, driven by the growing international demand of new consumers who value its healthy benefits and begin to incorporate it into their diets? Even so, today, olive oil represents barely 3% of all the oils consumed globally and remains largely unknown to most countries.

The increase in temperatures and the drought seems to be why in Spain, the world leader in the production of olive oil, we have had several consecutive years of weaker harvests. Let’s call it climate change or whatever we want, but the truth is that in the 2014/2015 campaign, production fell by 40% compared to a regular movement, and the following ones are not being to shoot rockets either. In addition, in Italy, the world’s second-largest producer, the harvest has stays further reduced by a destructive pest in the field, the dreaded  Xylella fastidiosa. This bacterium has devastated more than a million olive trees. It is a constant threat in Spain, where they have already been detected. several cases in the Balearic Islands have been detected. So between one thing and another, the forecasts are not good. As a result, there is a lot of speculation in the sector.

How is the Price of Olive Oil Determined?

The olive oil market is more complex than it seems, but the truth is that its operation is quite similar to that of the stock market, La Bolsa. In addition, there are olive oil source price information systems, such as  Pooled in Spain or  Ismea in Italy, where many of the bulk purchase-sale operations are openly and automatically reflected on the web, depending on the supply and demand at all times. In this way, producers and buyers (distributors, exporters, and other intermediaries) can know the average price at origin paid for the different types of olive oil. (extra virgin, virgin, and lampante), thus narrowing their negotiation margins considerably.

By pure market logic, if the harvest is poor one year, but there is a high demand for the product, the price will rise and vice versa. However, this does not happen immediately on supermarket shelves. As in all open markets governed by supply and demand, there stays a tendency to speculate that causes prices to remain modulated based on economic interests. And how do you imagine with olive oil? Very simple, for example, if distributors anticipate a poor harvest at origin for next year and consequently an imminent rise in prices.

They can stock up during the current year, buying more product at a lower price and storing it in large warehouses to bring them to market when the price at origin rises. In this way, they manage to cushion the rise in prices toward the final consumer so that demand does not suffer as much and progressively improve their sales margins. However, there may originate a time when that stored oil, even from other campaigns, runs out, and there is still a high demand from buyers, which means that its sale price ends up skyrocketing, yes or yes, as already predicted. the visionary Chicote  🙂

In a way, this system is a way to bring transparency to the market. And set standard prices at origin for bulk oil based on supply and demand. The problem is that not all extra virgin olive oils are the same. Or have the exact production costs. So this way of selling the product is much more profitable for some producers than for others. For example, it does not cost the same to produce a liter of green oil. Which requires between 10 and 20 kilos of olives. A liter of mature oil, barely requires 5 kilos.

The yield also varies quite a bit depending on the type of crop. For example, an organic olive grove can produce around 40% less than a conventional one. At the same time, a traditional rain-fed olive grove also drastically reduces its production compared to an irrigated one. And an extra virgin olive oil is produced in a mountain area.

Where the weather and orography decrease output and make it impossible to mechanize the olive harvest, is not the same as in a hill or countryside area. On the other hand, large extensions of irrigated olive groves of intensive cultivation, and high production. And easily mechanizable drop their costs drastically. But as is well known. Quantity and quality do not usually get along very well. Although here we get into a somewhat rough terrain that will be part of other debates.

Production costs largely depend on the type of crop. Which can be organic or conventional, traditional or intensive. Irrigated or rainfed, mechanizable or non-mechanizable, etc. According to a study carried out in 2015 by the International Olive Oil Council. In which nearly 30 experts participated. The average production cost of a kilo of conventional olive oil in Spain. Ranges between €2.19 and €3.56 depending on the type of crop. For example, an oil obtained from a traditional rain-fed olive grove. A high slope like ours has the highest production costs. Approximately 80% remain estimated to be costs associated with the field and 20% with transport and milling.

If the olive stays harvested greener, as we pointed out before. And it remains the first cold-pressed olive oil, the costs increase, which has not been contemplated in this work. However, limiting ourselves exclusively to the costs of the study. And assuming a business profit of 20%, the minimum bulk sale price of olive oil. should be between €2.73/kg and €4.45/kg ( plus VAT). Depending on the type of crop and in our practical case of a traditional high mountain olive grove. Translating the kilos into liters (1 liter = 0.918kg) and including the costs of packaging. Transport (about €9 for a 15kg box) and VAT (10%).

Change of the Business Model of EXTRA VIRGIN Olive Oil

In the bulk market, where olive oil remain usually sold for storage and blending. It is not customary to distinguish oils from different areas or types of cultivation. It means that even considering the subsidy (€1.05/Kg). The bulk sale of extra virgin olive oil from traditional rainfed farming is not profitable at market prices.

The only way out for small producers remains oriented more toward quality than quantity. Is to get out of this bulk business model and sell the packaged product directly. Even if additional packaging, marketing, and distribution costs have to remain added. If not, it will remain unfeasible to produce an extra virgin olive oil of such quality in a mountain habitat like ours. Where most of the olive grove stays rainfed with centuries-old olive trees and cultivated on steep slopes.

Parts of the Face That Can Be Corrected By a Facelift

What is Digital PR and Why is it Relevant?